Governing From the Center on the Stimulis Bill, That's Sarah Palin 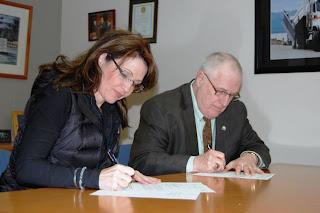 The office of the Governor of Alaska has issued this PRESS RELEASE.

"We will request federal stimulus funds for capital projects that will create new jobs and expand the economy," Governor Palin said. “We won’t be bound by federal strings in exchange for dollars, nor will we dig ourselves a deeper hole in two years when these federal funds are gone. For instance, in order to accept what look like attractive energy funds, our local communities would be required to adopt uniform building codes. Government would then be required to police those codes. These types of funds are not sensible for Alaska.”

This is the most intelligent economic solution I have seen yet. Once again Sarah Palin proves that she has a rare gift, among pols. She can be fiscally disciplined while also taking care of the people who vote for her. As other Governors vascilate to extremes .... some spending wildly, and others turning away critical funds.... Sarah demonstrates, for ALL governers, what REAL governance looks like.

1. Now this is rich! There is a movement afoot to usurp the executive power of sitting governors in this matter. (And I'll dare say.... I don't think Sarah Palin will take it lying down.)

2. And now we find that the whining has begun. ""Palin said she was acting in the best interests of Alaskans but Democratic Rep. Les Gara questioned the motives of the former Republican vice presidential candidate. "I read it that she's going to be running for national office and has a campaign position that unfortunately conflicts with the state's interests," he said.""
Posted by Stray Yellar Dawg? at 6:39 AM