GLBT Groups Outpacing Other Progressive Minorities in Obama's First 100 Days (Not Because of Obama, Either) 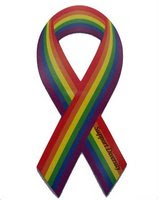 H/T to Dissenting Justice this morning, for his fresh perspective on social change, who seems to be accomplishing it, and why.

"GLBT equality movements have engaged in relatively savvy political and legal action, which has led to their recent victories. No other liberal social movement can claim the rapid success that GLBT organizations are currently experiencing.

Labor groups are struggling to get Democrats in Congress to pass the Employee Free Choice Act. Also, the decision by the Obama administration to push the auto industry into bankruptcy and consolidation -- rather than giving car manufacturers trillions of dollars like banks have received -- will undoubtedly require drastic concessions by labor.

While women's rights groups celebrated the enactment of the Ledbetter Fair Pay Act, the statute really does not guarantee equal pay at all. Instead, it is simply a procedural measure that reinstates the more flexible statute of limitations rule that most courts applied in employment discrimination cases until 2006, when a divided Supreme Court imposed a more restrictive rule. The Ledbetter legislation is an important advance. Nevertheless, while gender equality advocates gushed over President Obama's ceremonial signing of the law, Congress tabled a more expansive proposal that would have relaxed the extraordinarily tough evidentiary burdens on plaintiffs in pay equity cases."

OK. So I am sad that Women's groups, by and large, are lagging. Not surprised, just sad. And, I agree with Dr. Hutchinson's thesis. The problem with the other groups, likely lies in this observation:

"Unlike GLBT social movements, most liberal groups are not visibly pushing the federal government or engaging in a sustained strategy in other venues. Apparently, they are still "glowing" over the Democratic sweep of Congress and the election of Obama."

At issue is the fact that Obama's popularity with the country, as a whole, is waning. The time for Progressives to take action and make change is now... before the bog-down stops us cold. But, too many of our comrades are still basking in their kool-ade induced dileriums. Time is running out.

High five to the GLBT groups that are on the ball and pushing forward now, in Obama's first 100 days! It's been a remarkable week for them!
Posted by Stray Yellar Dawg? at 7:43 AM