Hollywood "Liberals" Still Not Telling Everybody's Story In This Country 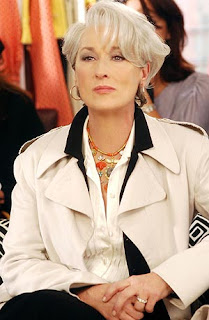 “Three of the nominated films this year (had) 26 men and one woman — ‘Slumdog‘ and ‘Milk,’ and ‘Frost/Nixon.’ You know, we accept it. It’s not unusual. But we would go nuts if three of the nominated films had 26 women and one man. It would be a very, very unusual thing. We’re still not telling everybody’s story in our country and that’s where we are.” -- Meryl Streep, 3/7/09

Who new? Who even thought about it? (Besides Meryl?)

I thought Hollywoodians were mostly "Progressives?" We keep hearing they are "Liberals."

PS. I realize I am quite late in posting this. But that doesn't negate it's salience as an issue for women in the performing arts. I read it back in March, shortly after Meryl said it.... but it got past my radar for great Feminist quotes. I apologize.
Posted by Stray Yellar Dawg? at 3:55 AM