I'm Sorry, Mr. President, But This Doesn't Look Like Someone We Can Afford to Fire 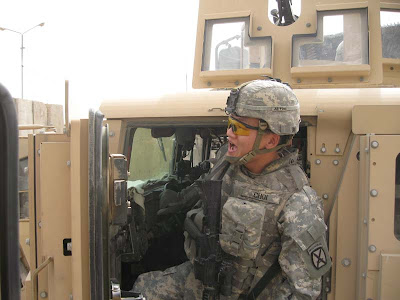 Did you know that the military is still discharging soldiers for being openly gay?

One of these soldiers is California's own Lt. Dan Choi. In March he went on Rachel Maddow's show and spoke honestly about his sexual orientation. As a result in April the Army sent him a letter of discharge. Lt. Choi is fighting the discharge and fighting the discriminatory "Don't Ask, Don't Tell" policy.

I just signed a petition from the Courage Campaign to President Obama, urging him to do the right thing by stopping the discharge of Lt. Dan Choi and other LGBT soldiers, and asking President Obama to uphold his promise to repeal "Don't Ask, Don't Tell." They are going to deliver it to the president and it's important that as many people as possible speak out right now.

Will you join me in signing and urge your friends to do the same?: