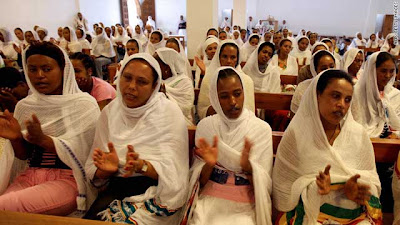 Amazingly, CNN is reporting it! (Hmmm.... Aren't they afraid of being labelled "islamophobic?? Wow! This *is* news!)

"What about the things we don't know? These suicides are just the tip of the iceberg of the mistreatment of these women....

In August 2008 HRW reported that more than one domestic worker was dying each week, either from suicide or failed escapes from abusive employers."

"The abuse faced by migrant domestic workers is a common problem throughout the Arab Middle East, both because of generally poor labor regulation and also cultural prejudice.

The mistreatment of these women and the absence of any government protection is not just in Lebanon -- it's in all the Arab countries..."