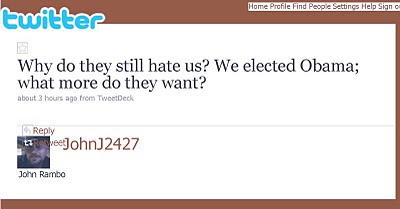 First of all I think at this point we must accept that electing Barack Obama has not done what many people thought (hoped) it would do. It has not placated Radical Islam. In fact, we seem to be moving in the opposite direction. Jihadism seems to be making a comeback. On U.S. airplanes over Detroit, for example.

There are only two reasonable approaches to this development as far as I am concerned. The Conservative argument is well laid out by Charles Krauthammer and discussed at No Quarter.

The rational "Progressive" (ie Feminist) strategy is being explored by Phyllis Chesler.

As a Feminist, and a Family Scientist ... I gotta tell ya.... I believe Phyllis has the answer. The liberation of Yemeni women and their babies will likely go a long way toward ending the Jihadi hotbed that country is cultivating. But... I also admit that this is a LONG RANGE strategy, wrought with painful lessons about the nature of the "enemy."

First we must deal with today's attackers. Which brings us back to Krauthammer and Bronwyn's piece at No Quarter.

No rational person... no matter how "Progressive" or "Liberal" can reasonably argue that we are helping ourselves, or the "Lonely and Murderous Sons of Allah," by pretending that "isolated suspects" should be treated as if they were American citizens with a right to legal counsel. Any argument that champions the return of terrorist sons, to Yemen (or Afghanistan or wherever,) for more training in Islamofacism is failing the children in ALL countries.

That kind of thinking is not "Progressivism" my friends. And it's not "Liberalism." It is nothing more than Tom Foolery. And by "Tom Foolery" I mean to say that "Tom" is pulling the wool over our (Progressive Feminist) eyes such that "Tom" may maintain power over Neda... the world over.

(Disclaimer: I do not think Mr. Rambo is actually an Obot. Apparently he just does one hell of a parody of them on Twitter.)
Posted by Stray Yellar Dawg? at 7:12 AM