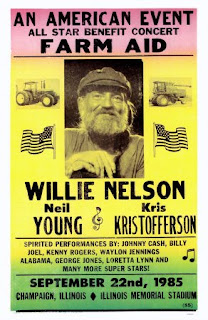 Alessandro asked a question at The Daily PUMA. About whether Barack Obama is doing enough to intervene in the foreclosure crisis.

Having looked at the statements from recent, high profile, foreclosure cases in Cincinnati and Austin ... and being somewhat of a Family Science geek, made me wonder how closely these cases mirrored our former farm crises....

I responded to Alessandro thusly:

(The) particular incident (of the bulldozed home) happened a short distance from my own home. My understanding is that the homeowner owned a small business that is going under. The bank wanted to get it's $$$ for the business... so decided to take his home as well. Even though the homeowner claims that he had always made house payments and is not behind.

As for the engineer that flew a plane into the IRS building.... I just don't know. I don't think insanity like that can be justified no matter what was happening to his home, life savings etc. BUT... again, I suspect the story will be about the failure of his small business through no fault of his own. He said, in his diatribe, that he had paid his retirement savings out TWICE to cover taxes.

This is a Big Business vs. Small Business problem. And I doubt Barack Obama has any handle on that at all. I suspect we will see many more small business failures... and folks will take their own lives or worse over them.

Suicide rates among U.S. farmers are on the rise. (Last line says Construction workers as well.)

Again... I believe we will see it's a small business problem. We are taxing them to death and making it impossible for them to compete.

Alas, the U.S. is not the only place this is happening.

As Krugman has so deftly put it:

You see.... when our economy goes south, family farms are often the "canary in a coal mine." Farmer suicides rise such that, in the U.S. we try to provide suicide prevention services to help them. Because we *know* what is coming from former farm crises, like the Dust Bowl and the 1980s farm crisis. (Remember "Farm Aid?") We can't prevent all farmer suicides, of course. But prevention programs in Colorado are apparently doing one hell of a job if you compare suicide rates there with what is happening to India's family farmers.

So... my point is this: We are dealing with far more than folks losing their homes. We are looking at massive loss of livlihood due to globalization. And that's worse.

Many a person could handle the loss of his/ her home, if that is all they were losing. But those same folks are not gonna be able to handle the loss of livlihood that preceded their foreclosures. Suicide rates are on the rise amongst farmers and construction workers. Now we have one, very high profile, case of a private contractor flying his airplane into an IRS building. And another of a small business owner bulldozing his home so the bank could not take it from him.

Plus, we have a President that really can't put the puzzle pieces together. Because he is too inexperienced to get it.

We are doomed.
Posted by Stray Yellar Dawg? at 7:11 AM