Gloria Allred Has Lost Her Feminist Cred, In An Attempt To Smear Meg Whitman 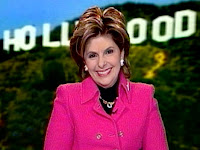 In the run up to the California Governor's election, Ms. Allred does harm to TWO women and their families, at the apparent behest of her "Liberal" party Masters.

For shame, Gloria! These are not the actions of a Feminist!
Posted by Stray Yellar Dawg? at 6:43 AM