Have a Sam Adams, and Then VOTE! 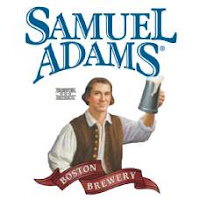 "Let each citizen remember at the moment he is offering his vote that he is not making a present or a compliment to please an individual - - or at least that he ought not so to do; but that he is executing one of the most solemn trusts in human society for which he is accountable to God and his country."

*Remember, the office of president is not a "dancing with the stars" contest. Who you vote for will have consequences. Don't vote for who you wish you could drink a beer with. Vote for a person you think can run the country.