Boston Boomer Asks "What Is Feminism?" (Part Six in my Real Feminist Series.) 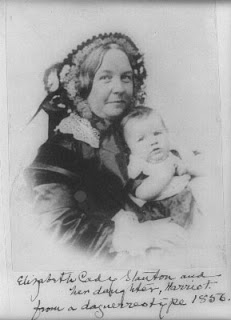 Boston Boomer started this line of questioning in her post at THE CONFLUENCE and I thought it would be best to bring it over here to Stray Dogs.... because I am already in the process of trying to define what Feminism is *in the positive.* Rather than pointing out what it is not.

My own response waxes philosophical:

"Keep in mind that “racism” or “sexism” are negative concepts… and, as such, they are easier to define. Cuz it’s much easier to pinpoint what we do *not* like about a person’s behavior/ worldview… than what we do.

Feminism, being a positive concept, is harder to delineate. We mostly know what it is *not.* And we have a hard time saying what it is.

Like the concept of the “good mother.” We don’t really know for sure what she looks like. But we sure know who is not her!

All that said… here are some things that a Feminist is NOT:

*A Feminist is NOT about tearing other women down for having a different take on certain issues.

*Feminism is not about belittling other women’s feelings because they are unlike our own.

*Feminism is not about taking part in high-faluting ceremonial signings, while still paying your own female employees less.

*Feminism is not groping cardboard breasts while laughing at our Secretary of State. " 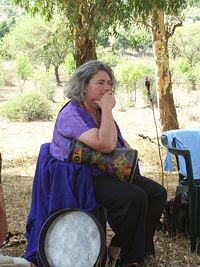 Some other responses in the thread at The Confluence:

"1. Of course you can be a feminist if you attack other feminists on their ideology. You just won’t be a very effective or useful one.

3. Possible; feminists can make mistakes, just like anyone else can. Unlikely, though, if the delusion persists.

4. If you attack the woman as a woman, no. Case in point: I can abhor Sarah Palin’s wolf-slaughter and drilling policies and call her out on them as cruel and mistaken. I can do it, though, without calling her a c*nt, a bimbo, a MILF, a whore, hanging her in effigy or claiming that her youngest child is her daughter’s. (I was online the night that particular lie came oozing to the surface. I watched as it was invented and perpetuated on DU and DK by people who knew they were lying. The Democratic Party’s treatment of Hillary drove me out of the party; their treatment of Sarah Palin insures I’ll never go back.)

6. Another clear case of no way in hell." 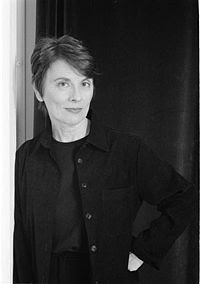 Dakinkat was anecdotal in her treatment of the query, and her experience is not unlike many of ours:

"for as long as i can remember there’s been this debate on what is a real feminist?

I remember sitting in my philosophy of feminism class as a sophomore at university in the mid 70s and being absolutely berated by my lesbian seperatist prof just because i was married–in her view, just hanging out with men, let alone marrying one was enough to disqualify me

then later in the 80s, i had the same sort’ve argument pushed on me… i was not radical enough of a feminist to serve in NOW … and a lot of it had to do with my status as a married woman with children and little else …

Now, I’m being told i’m clueless on feminist theory, when basically i spent all of the 70s and 80s in the trenches to change rape laws, pass the ERA, stop the assault on abortion rights and support civil rights for GLBTs. I just don’t get it … when I ran for office, i got labeled a radical feminist who marches in the streets! When I talked to purists, I’m a sell out … wtf?" 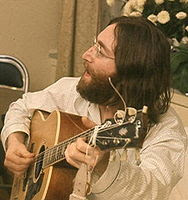 I think we can all recognize one thing. Feminism *is* hard to define. We know what it is not, when we see something that rubs us raw, or makes our stomachs knot up. If I had decided to post a series of "Not Feminists" here in my blog, I'd have easy pickings. Some would even say that posting a photo of Sarah Palin's, apparently uncomfortable shoes, is "not feminist." And I respect that. Though don't necessarily agree.

At Feminism's core is the concept of "self definition." I think that is key. And, perhaps, that is what rubbed so many of us the wrong way about the "Obama Superman" issue of Ms. Magazine. I, personally, have never heard Mr. Obama call himself a Feminist. Have you?

If I had heard him stand up against Bernie Mac and say "Hey, man, I'm a Feminist!" instead of "Hey, man, I'm just messin' witchu" .... I'd be a whole lot more comfortable with that depiction.

Or, if President Obama had challenged Jay Z on the "99 Problems" song by saying something like ... "Look, I'm a Feminist and I don't want anyone talking about my daughters like that," I might be celebrating the inaugural issue of Ms. Mag, instead of resisting it.


I'll end this post by linking to Wikipedia's LIST OF FEMINISTS. Take a long look and see if there are some you agree or don't agree about. In the meantime, I'll just pull up some of their photos and post them here for your approval (or not.)