Reaching Out To Former O-bots: Are You Ready? 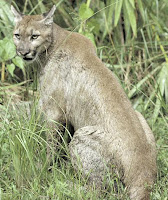 The PUMA post of the day comes from Widdershins, where Taggles has deftly posted a call to PUMAs to re-engage Obama voters. Presumably because they are more closely related to us ideologically than are the Republicans we may be cavorting with.

My response was thus:

Quite frankly, I was shut down by “friends” and family members who would not even hear that Obama was a fraud… and that Hillary was a better choice.

When I moved to supporting MacPalin, I was harrassed to the point where I often chose to lie about who I was voting for. (I told them Nader, which they also ridiculed.)

At this point I will not discuss politics with the Leftie Dems I used to hang with. Even the most educated and rational of them went gaga over Obama… and I just can’t forgive them. So, I have a policy. No political discussion at all. My sister, who also switched to MacPalin, feels the same.

I would dearly appreciate it if some of you would help open the eyes of the Obot masses, so I can once again hold intelligent conversations with my friends. But I am not holding my breath waiting. Really I’m not. From now on my vote is “private." Unless they apologize profusely I will never tell my Leftie friends and family who I vote for again.

Now, I'd like to take a few moments in my own blog to expound on that sentiment. This is just me. But ... I suspect there are others like me.

*First of all... I can sincerely state that... no matter what happens in the future... at this point I am simply not ready to re-engage "the Left." See, I've learned quite a bit about their "dirty little elitist secrets" of coercion and shunning. What I learned was ugly. It bordered on facism. Honestly, I don't ever want anyone to think I am one of them again.

*A Second point I would like to make is that the GOP is the party of my grandpa. I am not uncomfortable with the GOP of his era. The one that protected the interests of small business and believed in small government. I am all for fiscal conservatism and a strong work ethic. Those are the things that made the USA what it is. They are the cornerstones of my upbringing. (And I hope, my children's.)

*Thirdly, I'll proudly state that I am pro-choice, pro-gay rights, and pro-women's equality. I want the government to stay out of my bedroom and out of my church-life. These are issues on which I have broken with the GOP in the recent past (since I was old enough to vote, in fact. Which seems like a lifetime to me... but is not all that long, historically speaking.)

BUT... I am not fool enough to believe that wedge issues will continue to be the GOP's focus. I expect change, in the not too distant future. You may be aware that there is a Civil War being waged within the Republican Party right now. If brave young women like Meghan McCain are willing to mount up and ride into battle on behalf of gay marriage ... I want to get behind them. For that reason, I am considering changing my party affiliation completely. I want to vote in their primaries! (Here in Ohio, primaries are closed.)

*The fourth point I'd like to make is... It is customary, in the U.S.A., for various constituencies to "switch parties" on about a forty year cycle. Never forget that Abraham Lincoln and Martin Luther King were Republicans. Most PUMAs are too young to remember this.... but if you study your history you know there was a reason for it. The GOP was once the "progressive" party. It can be again. And I hope it will!

*Final point: For my money, PUMAs have every bit as much of a chance to make earth shattering changes within the GOP as they do in the Democratic party. Probably more. Because the Republican party is currently in need of members and is reaching out to PUMAs.

I am not interested in looking back. The Obama coup is water over the damn as far as I am concerned. I am looking at the future.... and from where I sit, the party of my grandpa now holds the most promise. The party of my daddy has turned on him, and millions of other hard working people. The elitist few will never represent "we the people." They can't. They disdain us, as was evidenced by the name calling that went on during the 2008 primaries.

If the likes of Meghan McCain, Michael Steele, Steve Schmidt, Sarah Palin, and the Log Cabin Republicans fail to return the Republican party to it's former Lincolnian/ Kingian glory, PUMAs will be as much to blame as they are.

Because we looked back.