Still on Hiatus, But Watching the PUMAsphere from Afar... 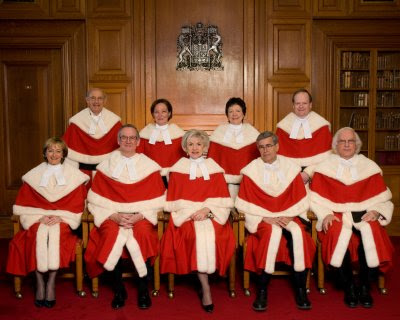 I am just not ready to come back to politics. That's all. What can I say? I think I am in the same place that PUMA for Life is. Desirous of a long, lazy summer... after a year of utter political hell. Wanting, also, to rest up for the political battles ahead. On behalf of competent women.

I am still dropping in to read my favorite PUMAs. And I want to thank them for holding down the fort while I rest up. That said, I'll point you to what I saw as some of the better PUMA blog entries posted over the Memorial Holiday weekend. (Not that there weren't many more. But these are the ones I caught.)

Poor E.J. He really thinks this is some kind of great revelation... that Obie-won-can-no-be is talking out of both sides of his mouth. I suspect he was quite pissed to learn that The Holy One lied, first to him and his kind.... then bopped across the hall to lie to the journalists from the opposite side of the aisle.

Well, maybe it is a revelation to him. And, if so, he is a sad excuse for an investigative journalist. Or, *is* he even interested in investigation? Would he rather just regurgitate what "The One" pours into his open jar?

Apparently so. Because even as he expresses the disappointment of the jilted ... he couches it in fantasy: "The establishment Obama is trying to build would make the country better -- more equal, more just and more conscious of the government's constitutional obligations. The far right is being isolated, and Republicans are simply lost. "

How sad is that?

In the wake of one bombing, and one attempted bombing in NYC, I found Madamab's discussion of how "political correctness" abets anti-semitism particularly enlightening. If you have not read it yet, I encourage you to do so.

There are two active watches on for this week. I'll be watching the PUMAsphere for today's news about the court decision on Prop H8. I expect either Tennessee Guerilla Women or HILLBUZZ to break that story first. (Note to self: Must remember to donate to #1 informants!)

The second watch of the week will be for a SCOTUS appointment. The Pick is widely rumored to be a woman. TGW covers the final four this morning. Any of them will be acceptable to me. But, I have a preference for Judge Sotomayor. Perhaps because I think it is high time we saw a Latina on the high court??

PS. H/T to TGW for the photo. Wow! Look at that Supreme Court in Canada. Four women?? It's amazing they can get anything done with all those hormones floating around.... Wonder if they get "periodically upset" and "lash out" the way our President thinks politically powerful women in the United States do?

UPDATE 2: Tennessee Guerilla Women cover the cowardice of the California court.
Posted by Stray Yellar Dawg? at 6:26 AM