A Giant in the Eco-Spirituality Movement Has Fallen 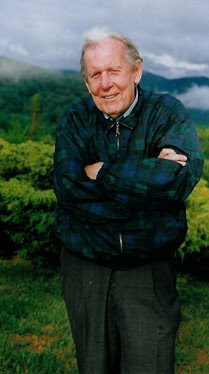 The Rev. Thomas Berry has passed. At the ripe old age of 94. For those of us who followed his life, and his work, that is still way too soon!

You can read about him here, on his own website.


or in the NYT Obit.


or in the National Catholic Reporter.

""Fr. Thomas Berry, described in Newsweek magazine in 1989 as "the most provocative figure among the new breed of eco-theologians," was among the first to say the earth crisis is fundamentally a spiritual crisis. His diagnosis of the negative effects of our religious views on our treatment of the planet rang true for many who were willing and able to work for a cure. Many created their own earth ministries, inspired by the work and life of Fr. Thomas Berry.

Rather than a theologian, Berry considered himself a cosmologist and "geologian," an Earth scholar.

He believed the only way to effectively function as individuals and as a species is to understand the history and functioning of our planet and of the wide universe itself, like sailors learning about their ship and the vast ocean on which it sails. "It takes a universe to make a child," he said, adding that he was "trying to establish a functional cosmology, not a theology." The amazing, mind-boggling cosmological perspective, he felt, can resuscitate human meaning and direction. The most important spiritual qualities, for Berry, were amazement and enchantment. Awe is healing. A sense of wonder is the therapy for our disconnection from the natural world.""


I heard Rev. Berry speak twice, as he visited the eco-community I once considered myself a member of.

No words can adequately describe the loss of this great, fallen Oak whose teachings have spanned nearly a century. He was unwavering in his passion for our planet.

May he rest in peace, in the bosom of his beloved Earth.
Posted by Stray Yellar Dawg? at 5:46 AM