The Wave and the Wheel: Can the "Fourth Wave" of Feminism Rise Above the Second and Third? 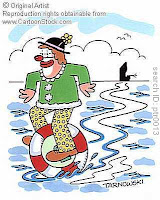 Please humor me while I quote, once again, Susan B. Anthony:

“I have worked 40 years to make the Women’s Suffrage platform broad enough for Atheists and Agnostics to stand upon, and now if need be I will fight the next 40 to keep it Catholic enough to permit the straightest Orthodox religionist to speak or pray and count her beads upon.”

And then humor yourself with a trip over to Reclusive Leftist. In the comments following this post by Dr. Violet Socks, you can see that a battle is beginning to rage as we attempt to define the "fourth wave" of Feminism.

Really it's not a "new battle." It's the same old same that has divided women since Feminism took root... within the Women's Suffrage movement. Herstory does repeat herself. Doesn't she?

We would do well to take a lesson from Susan B. Anthony and Elizabeth Cady-Stanton. We are reliving their trajectory in at least two ways, are we not?

First of all... They also tried to tackle race and gender simultaneously. Race trumped gender then too. (As boys will be boys, and they do not tend to reciprocate the favors we do for them.) The argument for "intersectionality" in the women's movement has proven... for a second time... to be ONE BIG FAIL!

Secondly, Susan B. Anthony was quite clear in her views related to secular and religious women coming together to fight for their own (and each other's) rights. She said so in the quote I posted at the outset of this blog entry. Ms. Anthony saw the folly of the division along lines of faith, and vowed to work against it.

So... now... where does that leave us, as the "fourth wave" begins to crest? Will we rally as one to reject the "intersectionality" arguments that have led us down this path of failure? Will we gather in unity to defend our daughters, despite our differences?

Personally, I would like to see us abandon the "wave" analogy. It isn't serving us well. Why? Because "waves" are intangible. They arise on their own and dissipate just as quickly. A wave can be as strong as a tsunami. Or as sneaky as an undertow. But, like a snowflake, a wave never really repeats itself in just the same way.

In my mind, we are entering the second *cycle.* Our second time around the *WHEEL.* If we do not observe the lessons of the first wheel, well enough to create the second out of COLLECTIVE ACTION, we will each have to trudge up the mountain alone, with only our backpacks full of shoulds and shouldn'ts.

Why would we want to do that?

Failure is, indeed, impossible! But that doesn't mean we can't spend another generation or two thrashing around in the "waves"... hanging on to our man-made life preservers.

It is all remedial at this point. We must go back and study herstory. If we learn our lessons well, two *wheels* can make a bicycle. And then we'll have a chance to go somewhere… fast!
Posted by Stray Yellar Dawg? at 5:46 AM