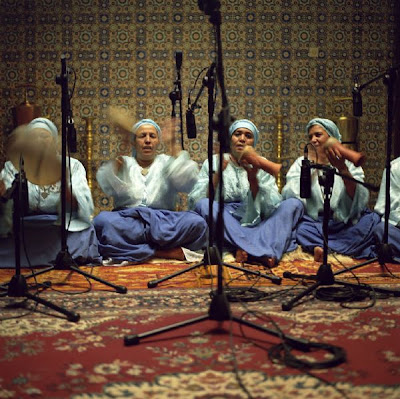 I will be traveling for the next several days. I am taking a pilgrimage to Boston, Seneca Falls, the Elizabeth Cady Stanton House, and the Susan B. Anthony House in Rochester. To celebrate Independence Day, and bring my oldest son back from Harvard.

I have decided NOT to take a computer. As I really do need a break from the politics of the hour. So, this is my final blog entry for a while. Thus ends my series on the Women of Middle Eastern Music. When I return I will probably do a series on Unitarian Universalist Feminists, here in the U.S. During the "First Wave." (Cady-Stanton and Anthony would happen to be two of them.)

This series that I am completing now leaves me saddened. Alas, it appears that the influence of radical Islam is making life very difficult for woman musicians in a variety of countries. The crackdown seems to be deepening and spreading. Many professional female performers find themselves in exile ... in places like France or Norway. Either that or dead.

But what of the millions of women who just want to sing for their own sake? To teach their daughters lullabyes, or celebrate a wedding with a rousing Miserlou?

I was able to find this little bit of encouraging news from Morocco:

During an era of galloping globalization where cultural distinctions and nuances are flattened out, the Beyond Harmony project seeks to dispel the ubiquitous stereotype of oppressed, infantilized Muslim women who are constrained from contributing to society. Women like Rahuoum El-Bekkali have become international musical heroines, proving that musical and poetic expression can be a truly empowering female experience. Not only do these songs depict religious poems, invocations and popular songs, but they shed light onto important cultural traditions that have been passed down from grandmother to mother to daughter. With each successive generation these incredible women strengthen their identity as women, Moroccans, and Muslims.

But was immediately returned to some disappointing news out of Nigeria:

I should add that if the sharia enforcers are going to try to suppress music in Nigeria they have their work cut out for them: even the Wikipedia article is enough to indicate that the peoples of Nigeria, both the Islamised tribes and the non-Muslims, have an enormous, rich, deeply-rooted and endlessly mutating musical practice and tradition.

The situation in Afghanistan appears tenuous at best:

Music is opening a new world to 18 Afghan girls and young women enrolled in a cultural program in northern Afghanistan. The United Nations, which is helping to implement the program, says it is aimed at strengthening the voice of women in society. But conservative Islamic clerics in Mazar-e Sharif say the Koran forbids women from singing or learning to play musical instruments.

There are many other stories. And I am sure there will be more. For now, though, I want to end my journey into the world of middle eastern music by thanking all of the women who put their lives on the line, daily, so that we may all be enriched. 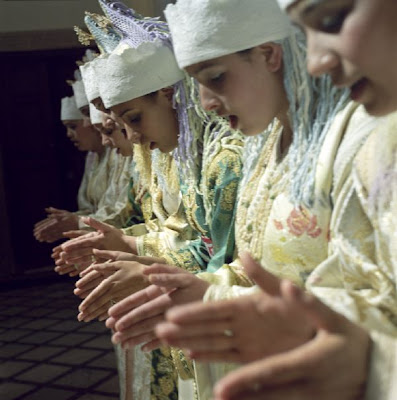