So The Leftie Rags Are Our Friends Again? (Conservative "Feminist Hawks" Gaining Momentum!) 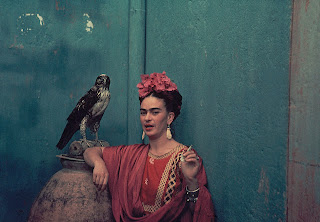 I find it quite odd how much attention Feminism is being paid in the Leftie Rags all of a sudden. Don't you? I mean, publications that were rife with overt and unapologetic sexism during the 2008 elections are suddenly our friends again. Strange.

WAPO, as I posted a few days ago. And also NYT.

What gives, I wonder?

A little trip over to The Chesler Chronicles may shed some light. Read her essay titled "Feminist Hawks Unite" for a list of clues. Quoting Phyllis now:

>"Among writers concerned with women’s rights are: Frontpage editor Jamie Glazov; Anat Berko; Tammy Bruce (who was once the President of Los Angeles NOW); Nonie Darwish; Brigitte Gabriel; Professor Donna Hughes; Nancy L. Kobrin; Robert Spencer, Wafa Sultan; and countless others. I will be adding more names to this list.

I know, I know: Many of the above writers are conservatives, not liberals. Some are new-comers, others not. But they are all, myself included, “hawkish” on the subject of the war against women and a) will not engage in cultural relativism to avoid being called “racists” or “Islamophobes;” b) will not be held hostage to one of two political parties; c) will not sacrifice Israel, America, the West, Muslim democrats/dissidents–or the truth–in order to remain politically correct and aligned to social, political, and funding networks.

I think Dr. Chesler has hit on something. The Left is awakening from it's Obama kool-ade stupor, and finding a groundswell of "Conservative" Feminism. They realize they've somehow missed the boat... and they are paddling hard to catch up. The Left's cultural relativist ideology is locking horns with pure Feminist Hawk-ology. This is not what the "Third Wave" expected to encounter in the wake of it's great SuperFemiMan "victory."