Nobel Prize Committee: "Let's Go Out and Get Us a MAN that No One Could Possibly Question. You Know, An American Idol Type!" 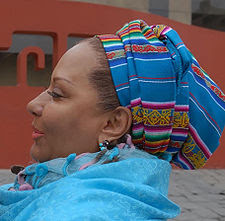 So the plot thickens, over at the Nobel Peace Prize Committee's quarters. With Bloomberg reporting that the two top contenders this year were women.

"Let's go out and get us a man that no one could possibly question. You know. An American Idol!"

Considering that "The Prize" has now become little more than a hefty piece of propaganda that's no surprise, really.

As the truth reveals itself, we find that few women have ever been allowed into the ranks of Nobel Peace Prize Winners, no matter how spectacular may have been their Contributions. Quoting now, from Bloomberg:

Issues of gender, identity and regional representation will play into the considerations,” Berg Harpviken said. “There’ve been rather few female candidates on the long list of Noble Peace Prize laureates.”

In the prize’s history, 12 winners have been women and 84 men. Organizations have also been honored, including the International Committee of the Red Cross in 1917, 1944 and 1963. Some years no prize was awarded.]

Guess this means that, no matter what peace accord Secretary Clinton rescues her name is "off the table." Just like Obama's withdrawal of troops from Afghanistan. But who cares. Right? I mean... why can't "The American Idol" ramp up a war with one hand, while accepting a "Peace Prize" with the other?? He's an American, after all. And part of the ruling elite. 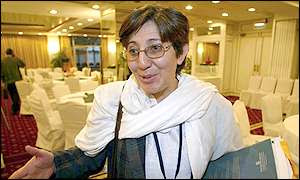