Standing Strong With The Komen Foundation 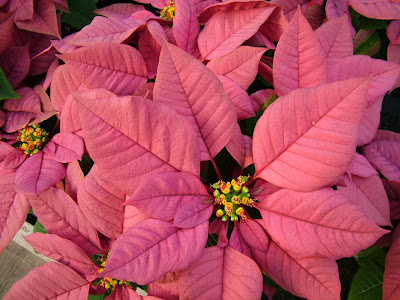 Just as the holidays are upon us. Just as I've ordered pink poinsettias, to grace the church altar in my friend, Nicole's, memory...

CNN reports Hadassah Lieberman is under attack for her work in the field of breast cancer prevention:

" (Left-wing) activists are setting their sights on Hadassah Lieberman, launching a celebrity-studded petition drive to convince the nation's largest breast cancer non-profit to end the Connecticut senator's wife role as a spokeswoman.

The move to pressure the Susan G. Komen for the Cure foundation came the same day Lieberman's husband angered Democrats by announcing that he would not support an expansion of Medicare to cover individuals under the age of 55. Organizers did not point to that decision, instead citing Hadassah Lieberman's own ties to the health care industry.

Legal Insurrection offers donation suggestions and links. I will now be donating in Nicole's memory.

Look, I do not live in CT and I don't know Hadassah. Nor do I have a horse in this race. Other than to see women get the breast care they need and deserve.

But... this B.S. of attacking the entire family of a politician that we don't agree with has got to stop. And the idea that we (as supposed Progressives) would boycott an organization that raises funds for Breast Cancer prevention and awareness gets to the heart of just how hateful many of us have become.

Despicable.
Posted by Stray Yellar Dawg? at 5:54 AM