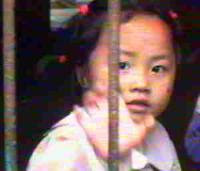 THIS "gaffe" by Joe Biden is more than mildly disturbing.

Kirsten Powers (linked) quotes the VP and then explains why his statement is a problematic...


The vice president told an audience at Sichuan University in Chengdu: “Your policy has been one which I fully understand—I’m not second-guessing—of one child per family.”

This was an appalling statement coming from an American leader. What’s next? Will he say he isn’t “second-guessing” and “fully understands” that women are stoned for adultery in Iran?

Chai Ling, a two-time Nobel Peace Prize nominee and former leader of the 1989 Tiananmen Square Democracy Movement, told me she was “shocked and troubled” by Biden’s statement. Ling founded the organization All Girls Allowed to fight the one-child policy, which affects most couples and is designed to limit growth in China, which at 1.3 billion people is the world’s most populous country.

“On behalf of all the Chinese women and girls,” she says, Biden’s “statements are very hurtful. The one-child policy means the child has to be killed, whether it is forced or coerced through pressure. The women don’t feel like they have a choice. In a culture that is not welcoming to women who get pregnant and keep the baby they will be persecuted, financially and politically by the government.”

There is a fundamental disconnect when the U.S. party that claims to be "pro-choice" sympathizes with any government's decision to intervene in a woman's fundamental right to decide if her baby will be born. (Or worse, be killed after she is born.) SYD is, and always has been, pro-choice. I find this "gaffe" to be telling. And I suspect that my "pro-life" sisters (and brothers) will agree with me on this point: Infanticide and Gendercide are no gaffing matters.

It's a sad day for the Dem party when it's pervasive bent toward "cultural relativism" takes the place of sound judgement and moral conviction. To the point of winking and nodding at abhorrant, anti-woman policies like the "one child" rule in China.
Posted by Stray Yellar Dawg? at 5:56 AM