Who Cares If She Can Perform? She Can Govern! 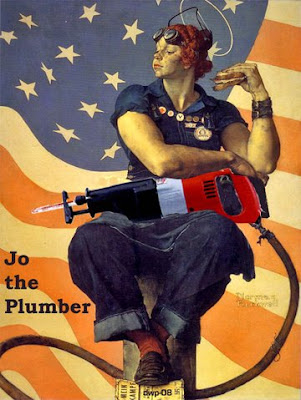 Like, why is it that.... ""every time (Palin) opens her mouth, she gets judged by just about everyone under the assumption that she a) certainly intends to run for president; b) must be choosing her words for the purpose of positioning herself to run for president; and c) is doing so badly.""

Personally, I have to wonder why we are not hearing the same kind of criticisms about every word that ushers from the mouth of, say... Mitt Romney? Or Mike Huckabee??

Some would say that Sarah Palin represents the greatest threat to Barack Obama in 2012. And that is why she is so harshly critiqued. But I'm not sure. If that were the case... why would her own party critique her so harshly? As Mr. Calabrese points out in the aforementioned article:

"" Disappointed pundits on the right bemoaned that Palin chose to play the victim card, as this is not befitting of a person seeking the gravitas necessary to run for president. Pouncing critics on the left ripped her to shreds for offering any analysis other than that she is a complete moron.""

Sitting where I sit, as a PUMA who supported Hillary Clinton, and watched her takedown... I think I have an answer. The plain and simple reason why Sarah Palin is attacked continuously by all sides is... she is a women. And women, as a rule, are judged by their "performance" rather than their abilities.

By "performance" what I refer to is.... not substantial acts, such as the ability to "perform CPR" on a dying person. But rather in the sense of appearance, camera readiness, make-up, smile, friendliness. All of which have little to do with the substantial abilities required to do the work of governing.

Imagine if we had judged our former presidents by the standards we apply to Hillary and Sarah. Lanky, pimply Abe Lincoln ... who grew a beard to hide his gaunt face. Or George Washington, whose teeth clacked when he talked. Would these men have passed muster as "performers?"

Probably not. But they sure could govern!

It's time to rethink how we judge our pols. The work of running government is not well served by actors and actresses.

Think about it.
Posted by Stray Yellar Dawg? at 9:05 AM