Arnold Palmer vs. Alice Paul: You have got to be kidding! 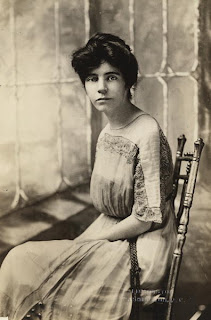 Please see PUMA PAC for a synopsis of what may be the most aggregious example of anti-women pandering, by women, yet.

"You may not have known this, but there are currently NINETEEN WOMEN CONGRESSIONAL REPS who co-sponsored a bill to honor Arnold Palmer, the golf legend, for being very good at golf (and, for apparently being a very nice guy. Wow, huh?).

These same NINETEEN WOMEN — women who not only wouldn’t have been allowed to hold the jobs they now hold, representing their constituent Americans, they wouldn’t have even been allowed to VOTE for someone to represent them without the efforts of Alice Paul and her sister Suffragists — these same NINETEEN WOMEN have so far refused to co-sponsor an utterly non-controversial, non-partisan, FREE bill to award Alice Paul a Congressional Gold Medal. Without enough co-sponsors to bring the bill to a floor vote, this bill will die."

OK, PUMAs and Palinites.... Get out those pens and write! It's only nineteen letters. Should take about 20 minutes. Everything you need to know to get started is at PUMA PAC.