Blue Dawgs Storm Out in Anger: "We Have Been Lied To!" 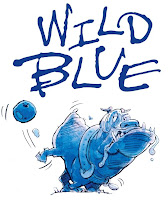 As reported at "The Hill."

"If the two sides cannot reach an agreement, the only hope for passage of the bill in the House will be to go straight to the floor, an option leaders shied away from endorsing but said was an option.

But the Blue Dogs issued dire warnings to leaders contemplating that approach.

"Waxman simply does not have votes in committee and process should not be bypassed to bring the bill straight to floor,” Rep. Mike Ross (D-Ark.), the lead Blue Dog negotiator, said on Friday. “We are trying to save this bill and trying to save this party.”

Trying to "save this party?"

Whoa. Things must be worse than we are allowed to know...
Posted by Stray Yellar Dawg? at 7:35 AM