Why I Could Never Really Be A Conservative, And What Conservatives Can Do to Win Me Over (Kudos to Cindy McCain & Cynthia Yockey) 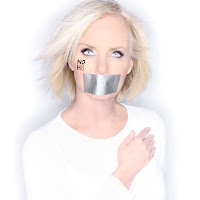 Cynthia Yockey spells it out HERE. My response is below.

This is such an important story. I hope you never stop telling it. And I hope that Conservatives hear …. that if they would accept that gay and lesbian people deserve the same Constitutional protections as the rest of us do… numbers of Conservatives would increase DRAMATICALLY.

I am a case in point. I would likely be a far more “Conservative” voter were it not for this issue.

I don’t think I have ever told you the tale of my own family. My gay son was with his partner for seven years. In a monogamous relationship. They were married by the church in Ohio, but that meant nothing to the law. A year after they moved to Boston they decided to make it legal, and I am thankful for that, every day.

One month after the marriage was legalized…. the unthinkable happened. My son’s husband fell, hit his head, and never woke up. Watching what happened in the week between Jason’s accident and death was like getting a slo-mo education on the importance of marriage rights. End of life decisions. Organ donor status. My son was able to take part in all of it. Because it was happening in Massachusetts, not Ohio. (Being an experienced Ohio nurse made me keenly aware of the difference.)

No one will understand this issue until they hear our stories. In the abstract… it all sounds so simple. Who needs “marriage?” Why not just live together? What difference could it possibly make??

It has been 2 1/2 years since Jason passed. We have been through the life insurance guantlet ONLY available to my son because of his MA residency and marriage. Jason was the bread winner in the couple. Without that life insurance, my son would not have been able to continue his graduate studies….. What would have happened? I shudder to think.

Your story and my son’s are compelling. We must never stop telling them. Until equal Constitutional protections apply to everyone.

Thanks for speaking up!

Email ThisBlogThis!Share to TwitterShare to FacebookShare to Pinterest
Labels: Conservatives, Constitutional Protections for All, Gay Marriage