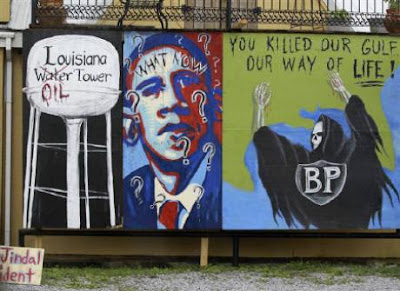 Thanks to Tennessee Guerilla Women for keeping us apprised of the goings on at a particular Progressive Conference this week.

The ACLU chief is "disgusted."

Nancy Pelosi is being heckled.

And other Progressives have discovered that "Hope is Not Enough."

In fact, the "Quote of the Day" comes from Robert Borosage speaking at aforementioned conference:

"Progressives have grown ever more dissatisfied, and for good reason. Our hopes or illusions were shattered: escalation in Afghanistan, retreat on Guantanamo, no movement on worker rights or comprehensive immigration reform, dithering on 'don't ask, don't tell,' reverses on choice, delay on climate change and new energy."


Well.... wah, wah and wah ... ya damned fools. In the future you will, perhaps remember, that your lusting after golden boys with razor thin resumes HURTS US ALL!

Photo credit: Reuters
Posted by Stray Yellar Dawg? at 5:49 AM