One Small Triumph For Our Constitution 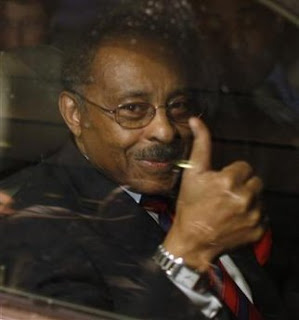 My topic of the day has it's origins in a post by NOT YOUR SWEETIE back on Jan. 13th.

It began with this comment, referring to Roland Burris' appointment as Senator of IL:

"You’ve got a popular Democratic incoming president, a Democratic lieutenant governor and secretary of state, and overwhelming Democratic majorities both in Congress and in the Illinois legislature. Everyone involved was opposed to letting Blagojevich make the pick. And together they still couldn’t figure out a way to stop him.”

My response was such:

Yes, Virginia… sometimes *laws* and statutes do work to thwart the ill intentions of the pols who twist their meanings.

Never forget that, the founders actually meant what they wrote down in our constitution. And they were a far more clever bunch than today’s rabid, money grubbing imposters.

I count the triumph of Burris and Blago as victories of the framers. One man (be he Bush or Obama) was never meant to have ALL the say so in our government.

That’s one for (small d) democracy! 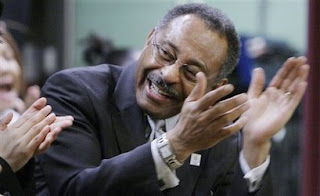 Ya know.... I kinda like the idea that we really DO have a constitution that prevents one branch of government from amassing too much power. And I also like the fact that CERTAIN CONGRESSPERSONS actually fight to uphold the rule of law. 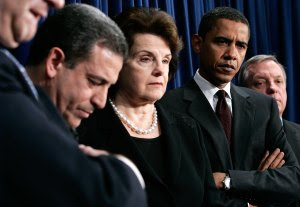 You keep being a thorn in their sides, Senator Feinstein! I'm behind you 100%
Posted by Stray Yellar Dawg? at 6:47 PM