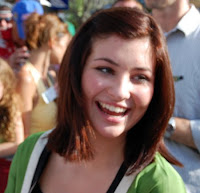 All over the PUMAsphere this morning, the call has gone out. Something simply MUST be done about David Letterman's misogyny.

Here is the call to action from from HILLBUZZ. With a link to Letterman's "top ten" about Sarah Palin's trip to New York. That little video is bad enough.

But NOTHING beats the one linked at The Confluence. Do people really think that raping a fourteen year old is funny? Letterman apparently does. But, I can't believe that the audience actually laughs about Willow Palin being "knocked up" by Alex Rodriguez.

Yes,myiq2xu. It is worse than any of us thought.

Here we see Deadenders trying to handle the situation with humor. Who can blame them? The reality of the rape joke, and the laughter that followed, is beyond what most of us can even take in. (Can you imagine what would have happened if Letterman had said the same about Sasha or Malia?)

If you pop in at PUMA PAC you begin to see the larger issue. How a (well meaning?)president's speech can justify misogyny. Simply by the act of omission. Mr. Obama doesn't say it is OK to behead your wife. But, he doesn't say it is not OK, either. Just like he didn't speak out, but rather joked about it, when Bernie Mac called women "ho's."

Nor will Mr. Obama comment about David Letterman's sanction of statutory rape at a ball park.

To all of my PUMA friends, all who have supported Hillary, even if you do not support Sarah Palin for president:

David Letterman has jumped the proverbial shark. It is time for him to go. ALL decent women and men must stand up against this kind of woman hate. For the good of our daughters, and our country. I encourage all of you to follow the HILLBUZZ link above, and find out how to take action. They are dedicating a month to making old Dave's life miserable.

If you don't do it for Sarah, do it for Willow. Truth be told, she looks a lot like my own daughter. The thought of her being raped at a Ballpark turns my stomach.