Painful As It Is, Sometimes Adults Have to Stand Back and Let The Kiddos FAIL (Plus An Update on Adult U.S. Politics, in Kenya.) 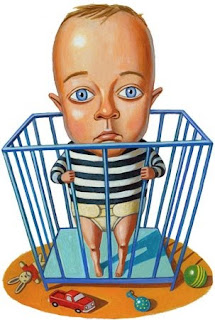 I do not have an opinion on Van Jones. I am deliberately staying away from him as a subject. Cuz, I don’t really care about the media circus surrounding his resignation.

I will say this, though: Mr. Jones' removal from the Green Czar position is yet another symptom of an imploding Obama administration, under the tremendous RW pressure we, PUMAs, always knew was coming.

We tried to warn them. Truly we did. They were clearly going to need us die hard Dems (and yes, even Blue Dawgs) when the shit really began to hit the fan. The BObots knew better. We were all "hillbilly racists" in their book. The “youth” alone would carry this movement for “change.” (With an African American supermajority to help.)

According to Obotian logic, the only reason the RW machine took Bill Clinton down as they did was… cuz he deserved it! And Hillary was “devisive” like Bill. "Triangulators," those two. "Polarizers."

At this point… I’ll leave the Obots on their own to fight the domestic battles I’ve already fought for 30 years+. They can bask in their own, know-it-all, Clinton hating strategies. I wish them well. Really, I do. If they succeed at reasonable Health Care reform, I *may* retire from political activism forever.. and return to nursing.

After four years of Obama the nation will likely elect Palin. Then, in 2016 we can see what a Palin/Clinton race gets us. I'll be 58 years old then. I'll still have a lot of fight in me, God willing.

Sometimes adults have to stand back and let the kiddos FAIL. It is the only way they can learn. We can watch, and even cry with them. But we can't save them from themselves.

Update: Amidst the kidde-O-Van-Jones media circus... and the school speech/ indoctrination ploy... there was apparently an attempt on the S.o.S.'s life:

And.... now you know what the ADULTS in U.S. Politics are doing! (H/T catinyourhat via pumaeyes.)
Posted by Stray Yellar Dawg? at 6:25 AM