Burn, Baby, Burn and Rise, Hillary, Rise (The Implosion of the Obamacrat Party and the Rise of the Phoenix.) 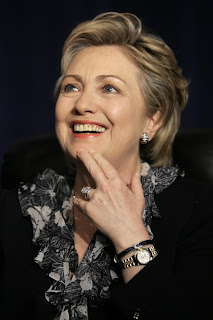 PUMA blogs this morning are picking up on a new hope! It's not the hopey-changey-kool-ade-bongy type of dope that the Obamacrat party shoved down our throats in 2008.

It has nothing to do with a hope based in empty rhetoric and back-sliding policies.

Because, just as Always For Hillary links to Heather Higgins:

"President Obama’s meetings at the Senate on Sunday, much like his visit to Copenhagen this week, are not indicators of inevitability; they are portents of panic. The reports coming out of the closed door, Democrats-only, meeting of internal divisions that are still irreconcilable, despite the high rhetoric of historic moment, only make the point more vividly: can you say 'desperation'?"

And Tennessee Guerilla Women bemoan the fact that it is our own Democratic party that has "Killed the Public Option."

The Confluence is on to the fact that the Clinton's have wrested a Massachusetts senatorship out of Kennedy-Obamacrat hands. Yes, Martha Coakley has triumphed over the preferred candidate of the Holy One and his minions.

Why couldn't the Kennedy-Obamacrat party cram Capuana down the throats of the people of Massachusetts, you ask?

Well... there's this little matter of ongoing Race Baiting in the Obamacrat party. And the voter intimidation cover-up at the DOJ. Not to mention the the supreme distastefulness of Mr. Obama's minions in the press.

Somehow... the Obamacrat party has seriously misread the American people. Their little White House frat party is going up in flames.